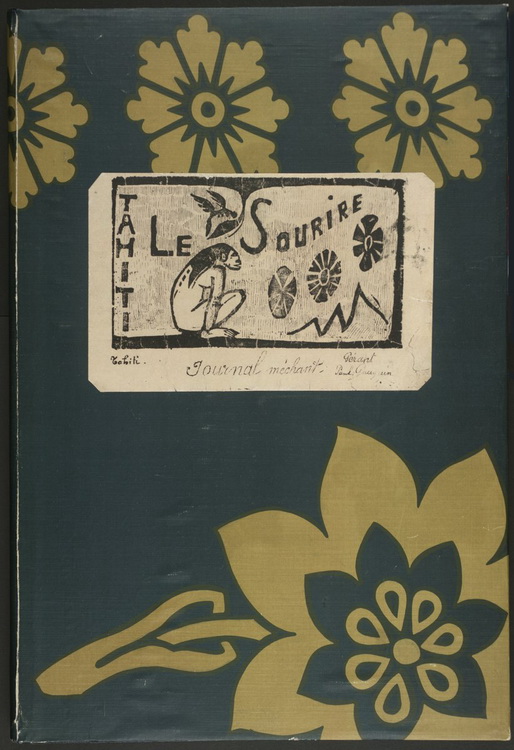 The late Bjarne Kroepelien was a great collector of books and other printed material from the Polynesia, and specifically the Tahiti. Kroepelien stayed at Tahiti for about a year in 1918 and 1919. He was married there with a Tahitian woman. He was also adopted as a son of the chief in Papenoo, Teriieroo, and given his name. During his stay at Tahiti, the island was hit by the Spanish flu and about forty percent of the inhabitants lost their lives, among them his dear wife. Kroepelien organised the health services of the victims and the burials of the deceased, he was afterwards decorated with the French Order of Merit.

He went back to Norway, but his heart was lost to Tahiti, but he chose never to return to his lost paradise, and he never remarried. Instead, he started to collect books about Polynesia. His collection is probably the largest private collection of Polynesian literature.

His collection was, after Kroepelien’s death, acquired by The Oslo University Library in 1973.

Bjarne Kroepelien was born in Bergen on 3 May 1890 and died in Oslo on 28 April 1966. As a profession he was a wine merchant, but his spare time was devoted to the collection of Polynesian literature.

The Kroepelien collection or Bibliotheca Polynesiana is a very valuable collection of literature from and about the Pacific, and related areas. The collection consists of about 4500 numbered objects; most of these are printed material. There are some manuscripts and letters, now in the Department of manuscripts at the National Library in Oslo, as well as several photos in the Special Collections at the National Library in Oslo. Very many objects in the collection are extremely rare; they are either old, or printed in very limited copies, where the objects in this collection are the only known surviving copies. The collection contains some of the first printed material issued in the Pacific. The most rare and valuable object in the collection is the journal « Le Sourire » by Paul Gauguin. This is now digitalised and available on the web of the Oslo University Library.

The most important parts of the collection were thoroughly catalogued and commented by Rolf du Rietz in 1969. His book also includes a brief orientation about Bjarne Kroepelien himself as well as the collection’s history.